The Dynamo console is a device that substitutes the Matlab command line when you are using an standalone version of Dynamo.

The console can be invoked in a Linux shell that has been activated to work with the standalone version.

An annoying feature of the standalone version is that starting a console in a fresh shell for the first time can take long time, even minutes. This can be avoided in some systems if you choose sensible value for the environment variable MCR_CACHE_ROOT. "Sensible" can mean a local folder (instead of a remotely located file share), or a location of your file system that is particularly fast.

In any case, it is always convenient to initialize this variable, instead of letting the system choose: export MCR_CACHE_ROOT=<some location>

In such a shell, you can write to the linux prompt:

and after some more or less long waiting (see above), you will get a console with the prompt: 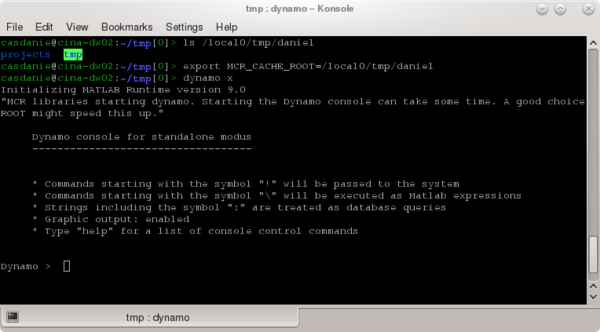 This console has almost the same syntax as the Dynamo matlab commands. Most usual commands can be passed without special adaption, for instance the commands that we input in the Matlab prompt as:

reads in the Dynamo console as:

I.e. the command for Matlab:

can be passed to the console through:

In older Dynamo versions compiled against R2016b, the graphic terminal is necessary in order to run any command that produces GUIs or any other graphic output. 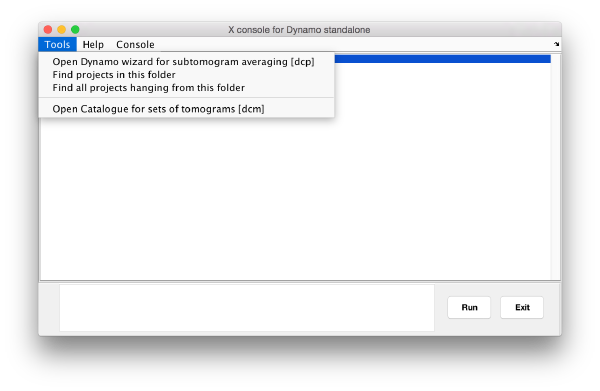