A regular distribution of Dynamo will include GPU precompiled GPU executables. As they need to be linked to libraries that might not be present in your system, it is advised that you recompile them: After untarring the tar package in location DYNAMO_ROOT, go to cd DYNAMO_ROOT and make certain that you have CUDA active in your shell, for instance look for the NVIDIA nvcc compiler. which nvcc If this is succcessful run source config.sh This will automatically edit the makefile file in the folder, informing it on the location of CUDA in your system. Then you can just type make clean to delete the executables in the distribution, and then make all to recompile the executables in your system. 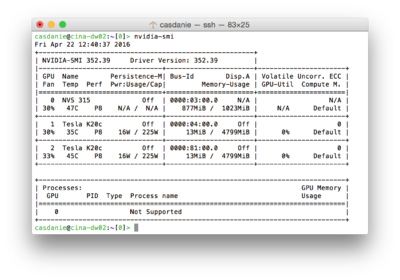